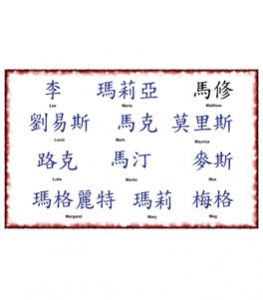 The following text, slightly expanded, is my contribution to a current debate in LinkedIn about a Japanese verb, that, according to the majority of the translators intervening in the debate, is untranslatable to Spanish and to many other languages. This verb means ‘to die from an excessive amount of work’ or ‘dying from so much work’.I pretend showing that the concept of ‘untranslatability’ originates from an erroneous and infantile conception of the elementary of what translating is.

However, what idea do we have of what translating is? to always translate one word for another word, so that, if there is not any exact word in the destiny language for the word in the source language, there is no translation? This is the origin of the macaronic translations that are done from English, where, for example, if we do not translate ‘naif patient’ to ‘paciente naif’ there is not any translation, because ‘patient that has not been previously treated with chemotherapy’ is not considered to be a translation. Why is translating ‘respond’ to ‘patient that responds (or responded, according to the context) to the treatment, not a transaction? Is it only a translation if we translate it for ‘respondedor’? We do very badly with this infantile conception of translation. Fortunately, this is an erroneous idea that is only applied to the English-Spanish combination, but now I see we want to extend it also to Japanese. If the Japanese verb X means ‘dying from so much work’ (= ‘to die from an excessive amount of work’), this is rightly the correct translation. Then, why is it untranslatable? If I translate: “Mr. Yamamoto died from an excessive amount of work, according to what his doctors certified”, is this a bad translation? I think it is a very good translation.

Untranslatable terms do not exist. What does exist is an erroneous (and infantile) conception of translation, a conception that we have never seen before in the history of translation, that is like saying in the history of writing, at least among professionals, and, if it exists today, it is due to the Leading Language role of English. The fact that we translate in circumstances where the dominant element is the brutal interference of English in Spanish and in the other destiny languages forces the translator to think that translation is only possible if each English word is translated by a Spanish word, and, when this is not possible, they carelessly recur to the cheeky cloning of English. The result is a lamentable translation, but that does not matter, because the goal has been reached: one English word = one Spanish word, and, this way, the translation is the closest to English as possible, which is really the final objective. We can declare without any exaggeration, that currently, at least in specialised languages, English is not translated: it is copied, which is quite different.